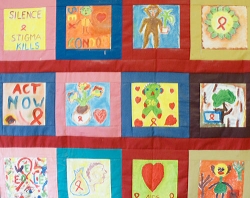 The Valley Trust under the new leadership of director, Mr Sibongiseni Vilakazi is forging new relationships with the community, including local councilors, traditional healers, FBO’s, CBO’s, government departments and traditional leaders in the area of Dedangendlala, near Bothas Hill. The organization has 60 years of operation in this area with its main focus on changing people’s lives’ through rendering health care. It played a pivotal role in rendering health services in the area during the apartheid era. In his welcoming speech during the first informative workshop which was attended by various community structures, Mr Vilakazi assured the community including the clinic board committee member of Haley Stott clinic, Molweni clinic and Ngcolosi clinic that they have a strategy to revitalize health programs in these areas and they are willing to work closely with the health department.

Councilor Phewa of ward 103 commanded Mr Vilakazi for his efforts and pledged his continued support whenever his needed.

This relationship comes amid changes in the department of health when the main focus is on re-engineering primary health care, which has already started in eThekwini district. Four outreach teams including PHC specializing nurses have been introduced and placed in Halley Stott, umsunduzi,amaoti, imbumbulu clinics. The clinical and programs manger (eThekwini district), Ms Shabane mentioned that even though there is a newly hired outreach team which will visit homesteads, it is still inadequate, since the district has a total population of 3,5 million people, however, much has been done to enforce PHC programs. She further applauds The Valley Trust for taking initiative to work with the communities in providing health services.

The Valley Trust will be a coordinating force in uplifting health activities together with the communities of kwadedangendlala. According to Mr Vilakazi, not only will they be focusing on direct health matters, but also on other social challenges affecting people’s health, including poverty alleviation, drug abuse ect.. Halley Stott under kwadabeka CHC management has long in the past years been housed by the Valley Trust.

Mrs Gumede (PHC supervisor for KwaNgcolosi, Molweni, Halley Stott clinics) had a presentation on the role and responsibilities of the health committee. Although there were challenges identified many were resolved and some were noted for urgent remedy. Some of the challenges were identified, inter alia, as follows: a need for gate way clinic in one of the hospitals in the west: stuff attitude at clinics: community care givers CCg’s monitoring and training” clinic board members constitution: operational kits for the CCG’s: EMRS (ambulance delays).

Mrs G Sithole who was representing EMRS (EMEGERNCY MEDICAL RESCUE SERIVES) explained to the community on how ambulances work and pleaded with the community not to abuse this service. She further appealed to the community leaders, including induna and councilor Phewa to contact EMRS when there are community gatherings or meetings so that they will be able to educate the people on EMRS services.

The meeting was a huge success and is set to sit soon for progress review.